When an applicant or employee is treated less favorably because of their age, this is known as age discrimination. Age discrimination in the workplace is illegal for those who are 40 years of age or older, according to the Age Discrimination in Employment Act (ADEA). Workers under 40 are not protected by it.

The worker must present the following in order to prove age discrimination:

• Their employment was negatively affected;

• They matched the defendant’s reasonable expectations and were competent for the position;

• Their position remained vacant or was filled by a much younger, comparably qualified candidate.

Disparate treatment theory and disparate impact theory are two legal theories that can be used to prove age discrimination.

According to the theory of disparate treatment, an employee must prove that their employer intentionally discriminated against them based on their age.

The employee must show, through paperwork, witness testimony, or other proof, that their employer’s decision to take adverse employment action against them has a clear connection to their age.

The disparate impact theory differs from the disparate treatment theory in that it does not call for direct evidence of employer-initiated age discrimination. Instead, according to this legal approach, the victim must demonstrate that the employer acts in some way that is intrinsically harmful to older employees.

How can you prove discrimination based on age?

Employees and candidates who are 40 years of age or older are protected from age-based discrimination by the Age Discrimination in Employment Act.

Here is what you need to know to help prove your case:

During court or through employees, you might be able to find out details about your replacement. While you’re still working, sometimes employers may train your replacement. If your company appoints a substitute who is significantly younger and has a different title, it may be deceptive to claim that your position was cancelled.

Typically, this requires proof of a pattern and practise as well as maybe statistical proof. If your boss tells you directly that you are being fired because you are too old, that is against the law. If you receive emails or letters that directly reference your age, make sure to keep them and any other evidence you may have when you consult an employment law attorney.

It’s not always necessary to prove that you were replaced by someone much younger. May be enough to show that younger individuals received a promotion that you desired, were maintained in identical positions, received compassionate discipline, or received other favourable treatment.

When faced with a charge of discrimination, an employer will seek out reasonable defences to support its conduct against you, such as portraying you as a poor performer. Maintain records of excellent work, including evaluations, honours, and other indicators. Also beneficial are emails and/or texts congratulating you on a job well done.

Most people never think they will become involved in a lawsuit while working most of the time. Spend some time creating your own file.

• Keep a record of what is occurring around you.

• Reporting problems in writing will prevent employers from rejecting notice of complaints, even though employers are required to react to informal complaints.

• Keep track of all correspondence and paperwork that is important.

Although gathering evidence requires time and effort, it is definitely worth it. For more information, you should consult a San Diego age discrimination attorney.

If your employer mistreated you, you and/or your coworkers may be aware of other victims. Some coworkers are willing to tell you the truth, even though not every one of them will have your back out of pressure or fear. During useful encounters, keep track of any witnesses.

Age discrimination occurs when a company treats a worker differently because of their age, especially when that worker is wrongly fired. Age discrimination is a result of prejudice and stereotypes and can harm anyone. 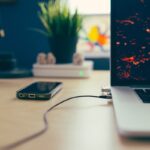 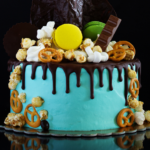 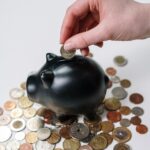 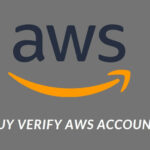